Years ago a friend and I planned to make caprese sandwiches. You probably know the one:  crusty bread and soft, white mozzarella, slices of tomato, a splash of balsamic vinegar, and a few basil leaves. I’d been growing a basil plant all summer, so I happily offered to bring some over to his place. Once I arrived and put the fragrant, green leaves on display he asked where the rest of it was. The rest? It took a lot out of me to cut off the six or so leaves that I brought. How much basil did he want? He laughed and it all worked out in the end, but that basil — and particularly how I treated it — has been something I’ve turned over in my mind ever since.

Since birth, we humans — at least the ones brought up in a Western culture — are taught to think that we are better than everything else, better than the rest of nature. When we are asked to describe or picture nature, there’s nature out there — animals and plants and maybe even whole habitats or ecosystems — and then over here we have humans. They are separate. And even in their separation, humans are on top of the pyramid, at the center of the circle, in control, stewards, captains of the ship. And throughout history we have selected certain species to accompany us outside nature, our domesticated species like livestock, but also our pets, our cats and dogs, and apparently even our plants. And I realize now that much like a specially loved cat our dog, I had been treating my basil plant like a pet. I wasn’t really treating it like a plant that had a natural or biological function. Because when the time came for me to use it as food — rather than as a green companion — I struggled. I didn’t want to hurt the plant, to affect its future growth, to mar its beauty. And again, that makes me question. Why?

As a person born and raised in an urban setting, I have never been close to my food source. The closest I’ve come is farmers markets on the weekend or apple picking in the fall. Other than that I can live in a world where I don’t come into contact with any of humanity’s working and domesticated species:  wheat, corn, orchard trees, dairy cows, the list goes on. And this distant relationship further supports my identity as superior to the nature that is out there as well as my patronizing attitude towards our domesticated species. However, humans are not separate from nature. We are a part of nature. Every human settlement is part of an environment, an ecosystem, and every human body is a singular instance of biology working its way through a day and life by interacting with other biological species. Time and again I’ve seen examples in books like The Wild Life of our Bodies and in videos like the one about the Yellowstone wolves, we’re never alone, a singular and independent entity. We’re all in this together. 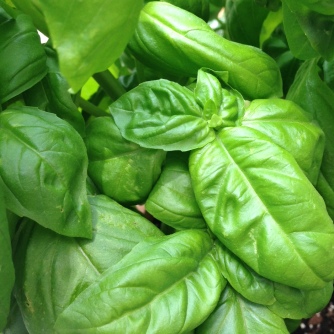 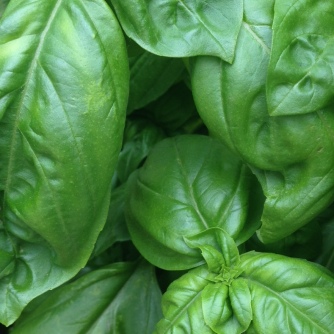 So if humans collectively realized that we are not separate from nature — there is no reason to pretend that we are not a part of this planet — and that the hierarchy of species is a man-made invention, then what? Where would that put us?

We’d be down in the web with every other living thing, lowered to their status — or conversely, all living things would be raised to our status. And that leveling off of the hierarchy, that ending of the master over nature narrative, would ask more of us because we wouldn’t be thinking of only ourselves, our comfort and preferences, the continuance of our habits to the detriment of all else. But we’d be thinking of the earth’s plants and animals as our supporters and workmates, living alongside us striving as much as we are to thrive and grow. And we might start to think how do my actions affect the whole? rather than how can I feel best or get what I want now? And I imagine for myself and for many others we’d start to realign our attitudes, our thoughts, our behaviors, even our purchases and how we spend our time, to a different set of values — values that would question the conditioning we’ve experienced to buy and consume almost nonstop, values that would question assumptions about what is enough, values that would question the ethics behind what goes into the production of much of what we buy. Because if I hold a plant or an animal in equal esteem with myself, if I see it as an equal contributor to my health and happiness, and the continuation of a healthy planet overall, then that changes everything, doesn’t it? And the I hope that the next time I clip a few leaves of basil off my plant, savor a chunk of creamy mozzarella, or rip off a chunk of bread from the loaf that I’m not just eating to eat, but I’m aware that my actions place in the web of life as a thankful and shrewd coconspirator in Earth’s continuing abundance. 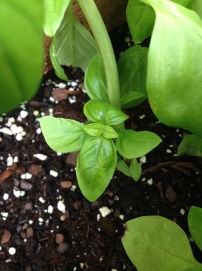